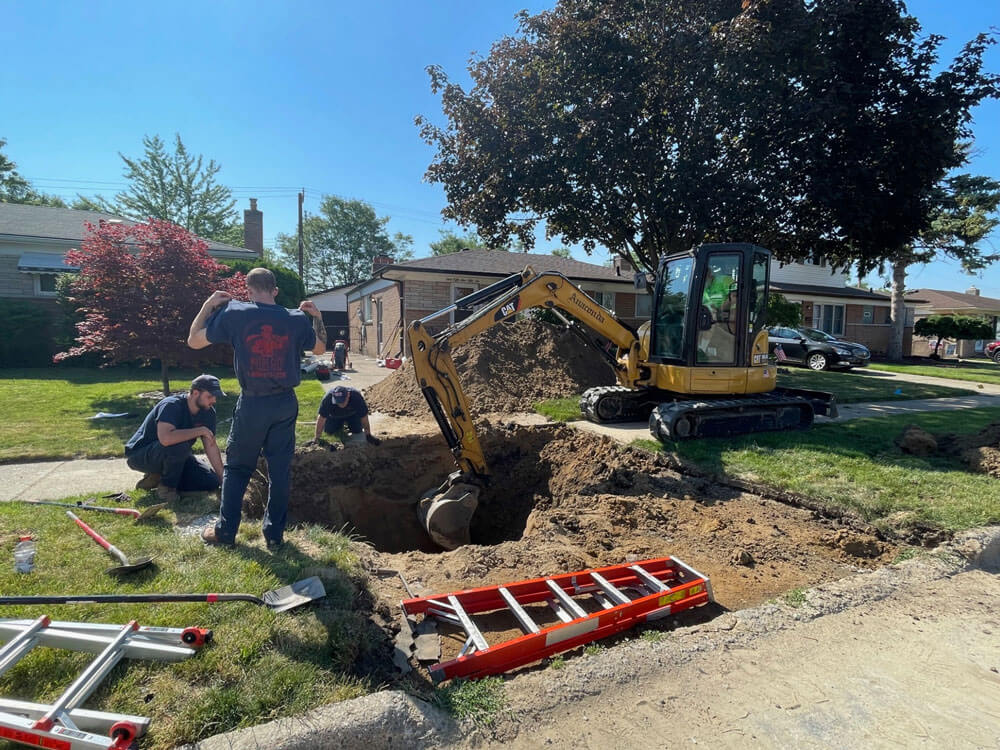 Toilet blockages can happen due to anything going down there and clogging up the pipes. This plumbing emergency causes water to overflow and your toilet to be out of use. It’s vital you get a local emergency plumber to help you out as it’s unsafe to unblock it alone!

So many residents of Metro-Detroit fall victim to burst pipes either due to cold weather in winter or general pipe corrosion. For this plumbing emergency, you need an emergency plumber as you can’t use any water until it gets fixed!

Kitchen sinks commonly get blocked because bits of food get stuck down there and cause a barrier that stops water coming through. This leads to water overflowing, so you have to act on it fast. You could try to fix this plumbing emergency yourself but it may be faster to call a plumber.

When a toilet runs constantly it can drain your water bill and cost a lot of money. That’s right! It’s one of the costliest plumbing emergencies out there. For this reason, it’s an emergency that needs to be seen to immediately. A local emergency plumber can open up your toilet and swiftly fix the issue.

The water lines running to your house can become damaged for many reasons. You’ll know if you have one because your lawn has soggy patches or your water pressure is very low. This plumbing emergency needs to be fixed ASAP to ensure your home has a good water supply!

When a sewer backup occurs, it means the sewage starts coming back up the pipes because there’s a blockage somewhere. It leads to foul odors all around your home, along with lots of leakages.

Much like a running toilet, a leaking faucet wastes so much water. To avoid a massive water bill, call your local emergency plumber in Macomb, Wayne, or Oakland County to fix the issue. The good news is it’s usually a quick fix so you can have the problem sorted in no time.

This is one of the most annoying plumbing emergencies. Being left without hot water is particularly troublesome – especially in Michigan during the winter. You can’t leave this issue unattended, so call a plumber right away. A lack of hot water is usually down to a water heater leak, but there could be other issues as well.

All washing machines come with a hose that helps drain out water from the machine. It’s not uncommon for these hoses to become damaged over time, which leads to lots of water leaking out around your washing machine. It’s hard to fix or replace this yourself, so call an emergency plumbing service.

The most common problem that causes failing sump pumps is a stuck switch. This usually occurs when the pump shifts inside the basin, and the float that operates the switch becomes lodged against the side of the pump. It is also possible for debris to jam up the float.

It’s vital that you act quickly whenever any of these emergencies present themselves to you. If you need a local emergency plumber in Roseville, then give us a call today.